The Elvish lord Elrond™ wielded the legendary sword Hadhafang™ during the battle between Sauron’s™ dark forces and the “Last Alliance” of Elves and men – on the harrowing slopes of Mount Doom in the Second Age. Centuries later in the Third Age, during the events of the Lord of the Rings™, Hadhafang™ would be taken up against Sauron’s army once again – this time by a new bearer, Arwen™ Evenstar™, daughter of Elrond™. Hadhafang™ features a fluid profile marked by gentle curves and sleek lines; swirling vine patterns further the alluring motif. The storied sword’s beauty and potency are surpassed only by that of its bearer, the charming yet ever-fierce Arwen™, which means “noble-” or “royal woman” in Sindarin. Arwen’s moniker is echoed in the blade’s Tengwar runic inscription, which – in English – reads, “This blade is called Hadhafang™, a noble defense against the enemy throng for a noble lady." Display: 15-1/8" x 4-3/8" x 3-1/4" wood, silkscreened Elven design. 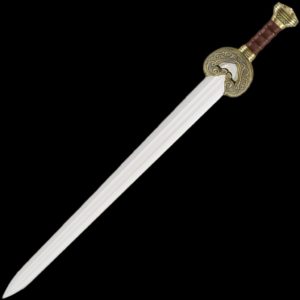 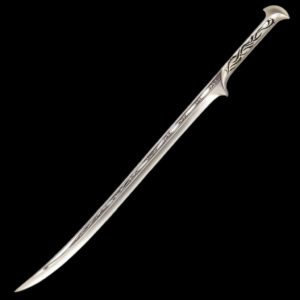 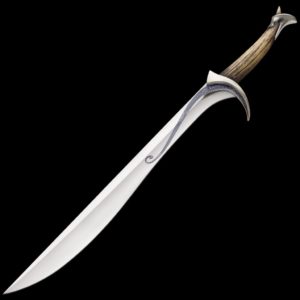 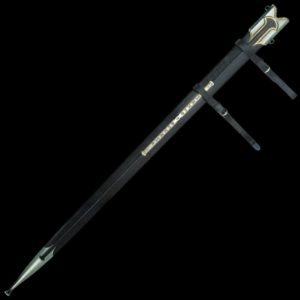 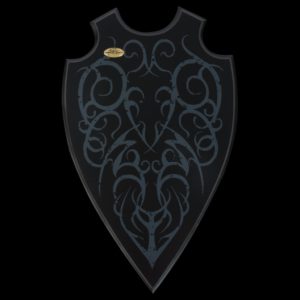 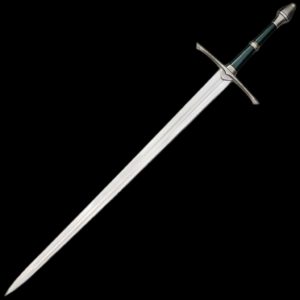 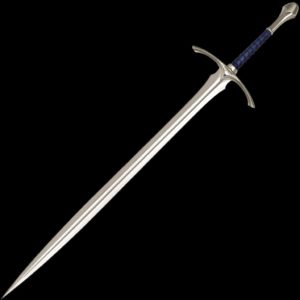