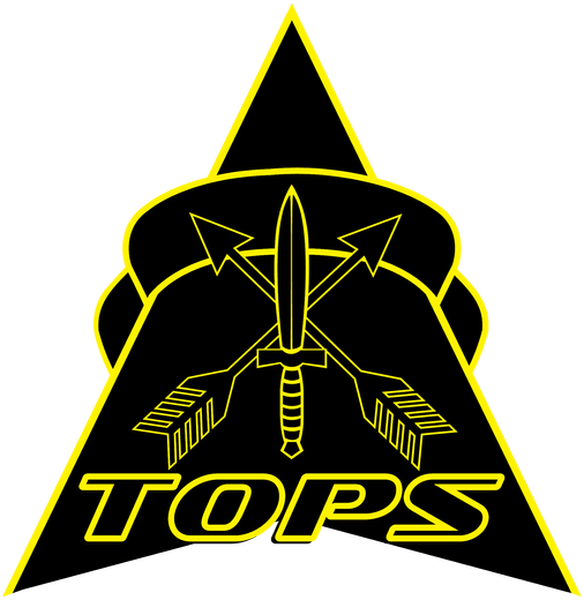 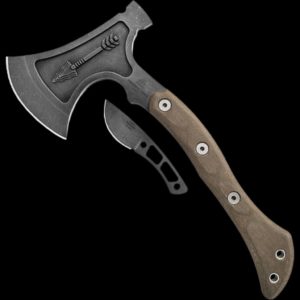 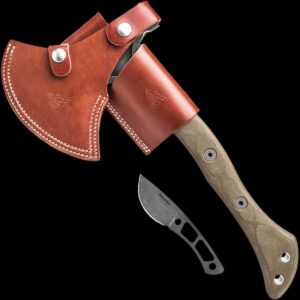 Power and aesthetics combine to make an epic tomahawk. The Hammer Hawk is anything but a normal tomahawk. Throughout the design process, each feature was carefully thought out. It’s a full-tang, 3/8” thick piece of 1075, so it is not meant to be a light-weight ax. The 4.5" cutting edge is large enough to perform chopping tasks that most smaller hatchets will not accomplish. The hammer on the back end is also hardened to be used when you need to smash instead of cut. The thick Green Canvas Micarta handles are nicely rounded and go most of the way up the tang to provide for multiple grip options. The 2-piece leather sheath was also carefully considered. First, the blade cover is separate from the belt frog so that it can be carried on the belt or in a pack. It has two snaps to keep it in place even if you’re walking through thick brush. Second, the frog allows you to insert and remove the belt from your hip without removing a belt clip. It’s shaped in a way that balances the ax well, and it also includes a pocket to fit the optional TOPS Backup knife or small skeletonized knife of your choice. 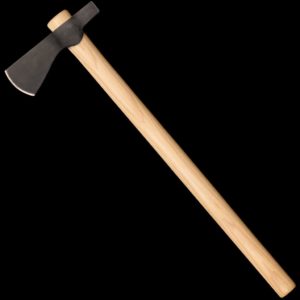 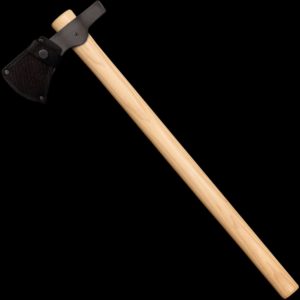 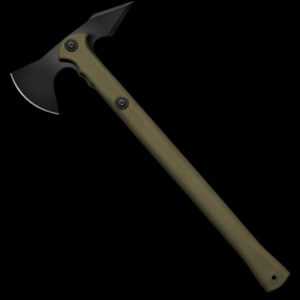 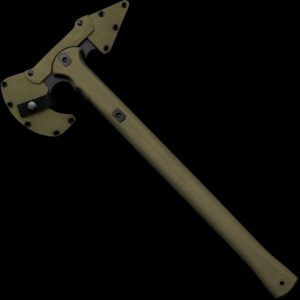 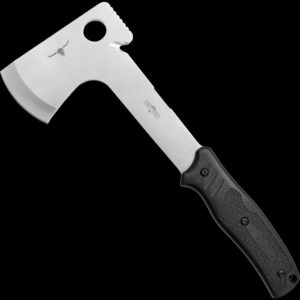 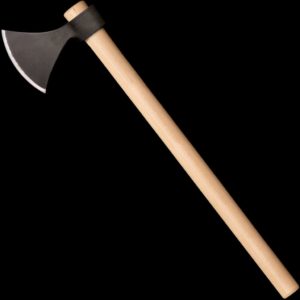 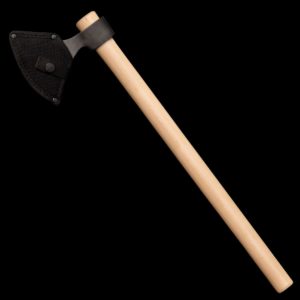 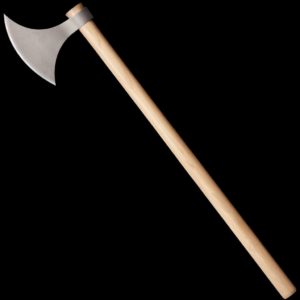 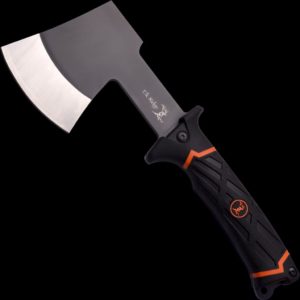 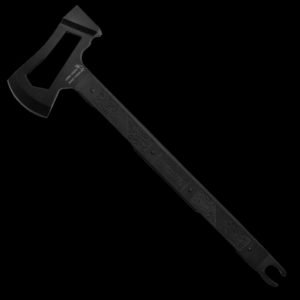 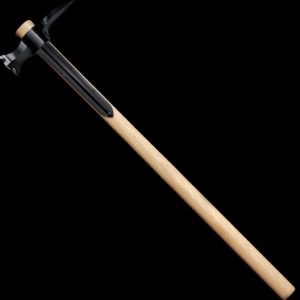